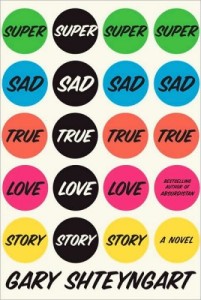 Don’t let them tell you life’s a journey. A journey is when you end up somewhere. When I take the number 6 train to see my social worker, that’s a journey. When I beg the pilot of this rickety United-ContinentalDeltamerican plane currently trembling its way across the Atlantic to turn around and head straight back to Rome and into Eunice Park’s fickle arms, that’s a journey.

So begins Lenny Abramov’s diary entry, “Do Not Go Gentle,” and so marks the opening of Gary Shteyngart’s third novel Super Sad True Love Story. Shteyngart goes to great lengths to establish a near-future world in which the United States has become a failing corporation, the youth can’t read, sex has become little more than a passing handshake, and even art cannot save people from the devastation of reality. Shteyngart’s novel is a masterfully crafted approach to dystopia, tragedy, the Bildungsroman, and comedy, all wound into 331 pages of tight prose.

The novel traces the aftereffects of coming-of-age for Lenny Abramov, the 39-year-old protagonist looking for acceptance and a place in the postmodern world as he tries to love the much younger Eunice Park, a member of the new lost generation of American youth. More importantly, though, Lenny struggles to love himself, and his struggle is felt again and again, discovering that not only is Eunice of the lost generation, but so his he. And Lenny’s lost generation is our generation.

Shteyngart presents this tale of the downfall of the American empire with a heavy dose of political satire and commentary on American culture in the first tenth of the 21st century, yet he does so with biting wit and a strength of voice that comes only from years of writing and revision—all of this pays off here. Shteyngart comes through, especially in this work, as a contender in contemporary fiction.

Let’s see if I can write about something other than my heart.

Clearly, Lenny fails in this attempt—to the success of the novel. Besides, when it comes down to it, what else is there to write about? Pick it up. Don’t put it down.

This week’s Recommended Read is a one-two punch: the first an actual punch and the second a 926-page icepick to the back of the neck. 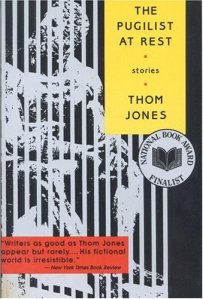 First we have Thom Jones’ 1993 volume The Pugilist at Rest, a collection of eleven stories that explore boxing, war, and what it means to be a man in the hypermasculine post fifties world (which Jones manages to achieve even though one of his stories is told from within the perspective of a woman). This collection, which launched Thom Jones into the fiction stratosphere, made its mark for two iconic stories, “I Want to Live!” and the title piece “The Pugilist at Rest,” which won him first place in Prize Stories 1993. While each piece is strong in its own way, the most remarkable is “Mosquitos,” which was first published in Story and chronicles a weekend in the life of a self-loathing ER doctor who drives a V-12 Jaguar and can’t seem to handle his relationship with his Ph.D., Volvo-driving brother or his hypersexuality.

“I knew that either Clendon would become so pissed that he would leave that nasty-ass bitch or he would weasel under and suffer worse than that alienated hero in the Russian novel Crime and Punishment, Clendon’s favorite character of all time. I believe that dude’s name is Raskolnikov.”

Jones’ stories are both literary and non-literary, breaking rules and remaining unapologetically brutal. His war scenes are hard to read, his non-war scenes are entertaining and saddening, and his prose is sharp. Check it out.

Our second gem comes from the mind of Haruki Murakami (yes, again; but anybody that lug this tome around for a few days deserves a handshake or a hug from somebody) and is titled 1Q84.

This is the latest from the visionary Japanese author who brought us The Wind-up Bird Chronicle and Kafka on the Shore and takes us through the meanderings of a fledgling novelist/cram school math teacher and a twentysomething former religious fundamentalist assassin who kills douchebags with a needle to the back of the neck as the two of them pass through alternate realities centered around Japan in 1984. The novel, which makes its allusion to George Orwell’s masterpiece loud and clear, again showcases Murakami’s talent in the realm of magical realism. Murakami manages to make the weird seem no so weird, and even though it takes over nine hundred pages to do so, threads together detective story, bildungsroman, love story, and science fiction. It’s meticulous, ambitious, and a Spartan example of just where words can take us as readers and writers.

Whether you’re looking for an intense, tight story collection or a journey into the unknown that is all-too-familiar, you won’t go wrong with either of these well-crafted works. 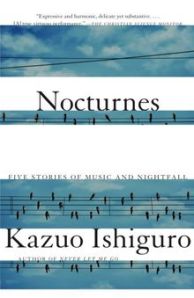 Some say the short story collection is a dying form, unsellable and therefore unpublishable. The money’s in the novel, those people say. Nevertheless, countless writers over the course of literary history have pulled off the waning form and broken into the literary mainstream by bridging the gap between collections of independent narratives and what we call the “novel”—notable examples being Maxine Hong Kingston with her debut Warrior Woman and pre-Pulitzer Junot Díaz with Drown. Both books are collections of stories, but the stories in each collection, when compared with each other, construct distinct emotional worlds—representing to the reader more than the scene-exposition basics of a traditional narrative and more than character- or plot- or setting-based narratives; rather, a rounded and comprehensive glimpse into the mechanism of humanity itself. It’s in these connections and mergers that literature grows, develops, and thrives—the connections of narrative forms, aesthetics, and thematic underpinnings is what drives the world of reading and writing into the future.

A writer that steps up to the plate of merging the short story collection with the novel is Kazuo Ishiguro, whose most recent book Nocturnes: Five Stories of Music and Nightfall pushes how we think of connection by presenting five pieces of varying length that all deal with music and the conflicted individual. Ishiguro connects these five stories, however, with more than just thematic similarities. For example, a minor character in “Crooner” is the unhappy wife of a has-been famous singer; in “Nocturnes,” she is a major character that shares a mischievous adventure in an expensive hotel where she stays next door to a struggling jazz saxophonist after they both undergo facial cosmetic surgery.

The strongest characteristic of Nocturnes is the complex stories that Ishiguro crafts and the complex manner in which he crafts them—he continuously moves in and out of a linear narrative, seamlessly drifting between the real-time plot and reminiscence. In this manner, he effectively reconstructs a sense of nostalgia that echoes the jazz music he writes about and plagues the characters he creates. His composition is witty, precise, and honest, his dialogue is authentic, and his characters are familiar. Ishiguro has long ago proved himself a contender, and this simple, extraordinary collection is Kazuo Ishiguro at his finest. 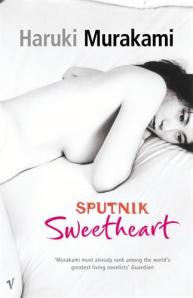 A decade ago, Haruki Murakami had broken out to American audiences and was learning to live the high life of authorial superstardom, as The Wind-up Bird Chronicle captivated readers worldwide and proved the Japanese writer to be a heavyweight in the world of contemporary literature. Following this novel, which was at that time his longest, Murakami returned to his roots with Sputnik Sweetheart, which debuted in Japan in 1999 and released in the United States in 2001 as translated by Philip Gabriel. Clocking in at little over 200 pages, Sputnik Sweetheart captures the novella-feel of his early work, specifically, Hear the Wind Sing and Pinball, 1973. Unlike his first two short novels, however, Sputnik Sweetheart saw publication in the United States and brings the short novel form in which Murakami started writing to meet his complex character development and plot structure. As such, Sputnik Sweetheart serves as a tribute to Murakami’s early writing days, but is a textbook example of his characteristic somber-sentimental, smooth, heart-wrenchingly beautiful prose.

“In the spring of her twenty-second year, Sumire fell in love for the first time in her life. An intense love, a veritable tornado sweeping across the plains–flattening everything in its path, tossing things up in the air, ripping them to shreds, crushing them to bits. The tornado’s intensity doesn’t abate for a second as it blasts across the ocean…”

Sputnik Sweetheart starts out as a simple enough story narrated by a mid-twenties elementary school teacher referred to only as “K” who is in love with aspiring novelist Sumire, who he knows will never love him, as she has her heart set instead on a mysterious older businesswoman with a history and a head full of snow white hair. As such, when Sumire disappears on a small island near Greece, “K” joins the search and discovers that while he thinks he is looking for Sumire, he is actually searching for himself. Equal parts love story and suspense novel, Sputnik Sweetheart exemplifies the best of Murakami—the nostalgia of Norwegian Wood, the dream-like scenes of The Wind-up Bird Chronicle, and the complexity of narrative of Kafka on the Shore.

Whether this is an introduction to the writer or the next step in a reader’s survey of Murakami’s world of coffee shops, record collections, and city streets, Sputnik Sweetheart is sure to please. The novel is Murakami at his agonizingly best.

Welcome, reader, to the Red Brick, the official blog of Floodwall Magazine. Floodwall is the new literary journal of the University of North Dakota, and is managed and edited by the graduate students of the department of English. The first issue is in the works and will launch early next year, and a print edition will accompany the University of North Dakota’s annual Writers Conference.

The objective of this blog is to balance the scope of the journal–while Floodwall is a national journal that accepts submissions from outside the university, the content of Red Brick is produced by students within the UND English program. The blog will be dedicated to news surrounding the journal and developing discussions about literature from all angles, including Red Brick Recommended Reads and interviews with up-and-coming writers. Stay tuned.